An app released by the Chinese Communist Party earlier this year has been found to have virtually unlimited access to the data on a user’s Android smartphone—and the consequences are horrifying, reports the Washington Post.

The app, called “Study the Great Nation,” was released by the Chinese Communist Party back in January, and by April Chinese state media said it had become the most downloaded app in China, with over 100 million downloads. The “Study the Great Nation” app has what’s known as “superuser” access on Android devices. As the Washington Post explains, such status is essentially a free-for-all backdoor for the app’s developers, in this case the Chinese Communist Party, to do and see anything they want to on the user’s phone.

Show Me The Money 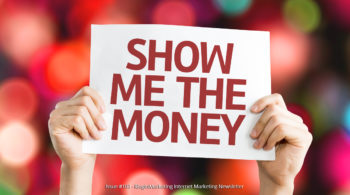 Show Me The Money

Get The iBeginMarketing Internet Marketing Newsletter

The Best FREE Internet Marketing Newsletter In The world

The Best FREE Internet Marketing Newsletter In The world